Shutting Down A Bully 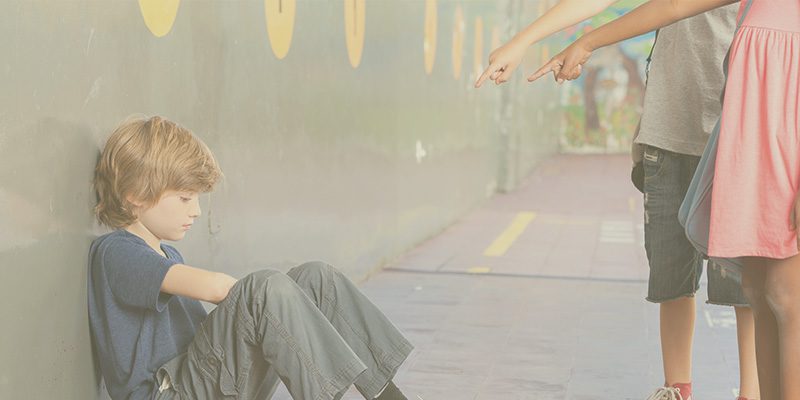 We’ve all heard the stories about why some kids are bullies. They feel bad about themselves, they suffer from poor self esteem, they want others to feel as bad as they do, their home life is troubled…Adults can look at these factors and explain, quite reasonably, why a kid is being mean. Sometimes, adults can even feel deeply, or empathize for, these children. But, when you are a kid and you’re the one being bullied, these reasons don’t hold up. It doesn’t matter if the bully is hurting. Who cares? I’m being hurt, don’t expect me to empathize!

I was bullied quite badly in elementary school. I didn’t make things easy for myself. I was a loud-mouth and a bragger and, if I’m being honest, looking back, I can see why a lot of other children disliked me. Still, I was harassed, brutally. Back then, in the 80s, you had two options: you stayed silent or you fought back. Eventually I had to get into a physical fight (and win) in order for the bullying to stop. If you saw me in real life you would know how totally hilarious that is; I’m hardly a brawler.

Things are different now though. Bullying is a hot topic in schools. There are special classes, teachers get training, there are even commercials about bullying. And of course, with social media, bullying has been taken to whole new heights, because it can be anonymous. In a perfect world, if you are being bullied, you should be able to go to your teacher or counselor and talk about what’s happening. Unfortunately, we don’t live in a perfect world. Oftentimes, kids will report harassment, only to be met with more harassment that has escalated.

I don’t believe a bully can ever really be shut down. Life isn’t a movie or a TV show. These obnoxious creatures rarely get the comeuppance they deserve. So, how do you deal with it? It’s been my experience, both with myself and my own kids, that all you need is one ally. If you can find just one person who has your back and who will listen to you, you’ll be okay. This person, whether they are a family member, a friend, a librarian, a barista, or a coach will not give you platitudes and tell you that everything will be fine. They will acknowledge your pain and validate it. They will not dismiss you or tell you that it gets better eventually. You will be heard, and your pain will be shared and, in that way, it will be easier to bare.

I created a teenage super-soldier in my books, The Rift Trilogy, who never gets bullied and who stands up for her friends who are vulnerable. This was incredibly empowering for me. It’s probably one of the main reasons why I made Ryn Whittaker so strong and loyal. I still get to live vicariously through her, and it’s awesome. 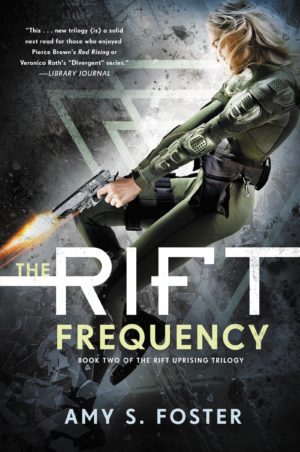 But, here’s the deal, here’s the real talk. There will always be bullies. Like I said, the jock who teased the nerd relentlessly doesn’t always end up bald and fat, reduced to reliving the glory days at the bar. Sometimes, many times, the bully becomes the executive, the doctor, the boss — even the President. They will use different tactics and maneuver themselves in different ways, but they will always be there throughout your adult life, trying to intimidate you and make you feel small.

So, when someone tells you that it gets better, they aren’t lying. What they are saying is that it gets easier. You look for that one ally, always, and usually, by the time you’re a grown up, you have more than one. You have your own community of friends where you serve as an ally for each other. This will give you a strong support system. You will also have other adult-y tools at your disposal, like empathy, critical thinking, and years of building up your resiliency reserves. When the bully comes at you or for you, you’ll figure out a way to deal with them or you won’t. Because that’s the other great thing about being a grown up. Unlike school—where you have to go—as an adult, you can get another job, transfer to a different class in college, or just remove yourself from a situation (now, obviously, it can get complicated, but realistically, this is the trade-off for having to pay your own bills—you get to make your own decisions about this stuff).

If you are being bullied right now and don’t have that one ally, then you need to actively go out in search of one. If you realistically feel that you wouldn’t be able to, it might be part of a bigger problem, and I would suggest you see your school counselor, who can recommend a therapist. Therapy is awesome, btw. If I hadn’t seen all the therapists I have had throughout the course of my life, I guarantee you would not be reading this from me right now. I might not have made it.

I was able to embrace all those childhood and adolescent feelings of awkwardness, ugliness of not fitting in, or being cool enough and make them work for me as a writer. I’m not saying that you have to be a writer too, but what I can promise is that one day, all the horrible feelings you’re having will be useful—even if it’s just so that, when you’re grown up and you meet a kid who reminds you of yourself, you’ll know exactly what to say. 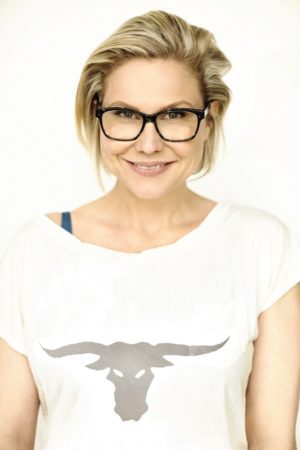 Amy S. Foster is a celebrated songwriter, best known as Michael Bublé’s writing partner, and has collaborated with Beyoncé, Diana Krall, Andrea Bocelli, Josh Groban, and a host of other artists. She is also the author of the novel When Autumn Leaves. When she’s not in a studio in Nashville, she lives in the Pacific Northwest with her family. Her new series, The Rift Trilogy is available now, with The Rift Uprising having released in 2016 and book two, The Rift Frequency, releasing on October 31, 2017.

BUY IT ON AMAZON