David Potter, Author of The Left Behinds: Abe Lincoln and the Selfie That Saved the Union 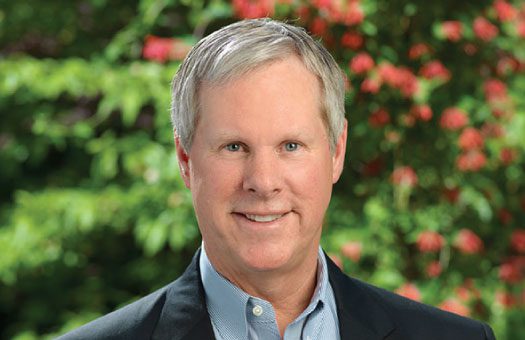 David Potter developed a love for American history as a boy growing up near Morristown, New Jersey, where George Washington spent the winters of 1777 and 1779. He was inspired to write The Left Behinds while taking his children to the annual Christmas reenactment of Washington’s Crossing the Delaware.

Q. What do you like to read the most?

A. Short answer: anything good! Long answer: I love to read non-fiction history, biography, finance, and politics, and on the fiction side I’m big on literary novels, spy novels, thrillers, and short stories. Through the years I’ve read tons of children’s books and picture books with my own kids – I have two boys who are now in high school.  I’m always looking for something new and great to read!

A. I kind of did always want to be a writer, but I wasn’t sure it was a “practical” thing to do. Both of my parents were newspaper reporters, and my first job out of college was as a newspaper reporter, but that really wasn’t the kind of writing I wanted to do. My own path to publication was long, winding, and at times frustrating, but I always kept at it, and eventually things worked out.  Never give up!

A. I certainly do! First of all, I love to write, and I love “building” a story or a novel from idea to completion. It’s really a lot of work to get it exactly right, and I’m very lucky to have a great editor, Phoebe Yeh, working with me.  Second, it’s fun to meet readers and classes to talk about the books and characters I’ve created sitting alone in a room!  Third, I love talking about American history, and hearing what 12 and 13 year old kids have to say about George Washington, Abraham Lincoln, and critical times in our past.  In forty years or so the kids I meet today will be in charge of everything – being a kid is just temporary!

Q. What were your favorite books when you were a child? Which ones do you think have had the most influence on you as an author now?

A. Hands down, my two favorite books as a kid were The Adventures of Tom Sawyer and The Adventures of Huckleberry Finn, both by Mark Twain. I’m not sure if they’re read as widely today, but I had a huge crush on Becky Thatcher, who was one of Tom Sawyer’s friends. You know a book is good if you have a real live crush on a fictional character!  But I read many kinds of books as a kid, and I think all of them influenced me one way or another.  Nothing beats reading for fun!

Q. If you could be a character in any book, who would you be?

A. Oh boy – what a tough question! But considering my last name is Potter, maybe I’ll go with Harry Potter! I think Quiddtich would be a blast, and a magic wand could always come in handy!

Q. Was history your favorite subject in school? If not, what was and why?

A. History was definitely my favorite subject! I actually looked forward to taking the tests and quizzes, and writing term papers!   Math, chemistry, and physics – not so much.

Q. What gave you the time-travel app idea?

A. The whole premise of the Left Behinds series is that a group of modern day kids find themselves at critical points in American history – which meant that I needed to find a way to get them back in time! I’ve noticed that pretty much every 12 year old kid I know has an iPhone in his or her hands more or less at all times, so I figured: why not an app for that?

Q. Which character do you see yourself as in the story?

Q. Were Bev, Mel, and Brandon based on some friends-that-weren’t-really-friends you had when you were younger?

A. Actually, not really. Keep in my mind that my own kids used to be that age, and I got to know all of their friends and teammates – I had a lot of material to work with!

Q. Do you have any siblings, and is Tad based off of one of them?

A. Growing up I had two older brothers, and Tad Lincoln isn’t really based on either one. I did a lot of research for “Abe Lincoln And The Selfie That Saved The Union” and read everything I could find to find out about Tad.

Q. Besides reading and writing books, what do you like to do for fun?

A. My kids are involved in lacrosse and baseball, so that keeps me pretty busy. I also like to hike, and in the fall one of our great pleasures is watching the annual hawk migrations. We live underneath the “flyway” – a kind of highway in the sky – and every September to November thousands and thousands of hawks and eagles fly right above your head!  Also, I’m something of chess fiend – I play online with folks from all over the world.

Q. What time period do you think you will write about next?

A. I just finished the third book in The Left Behinds series – it’s all about the Apollo 11 mission to the moon!